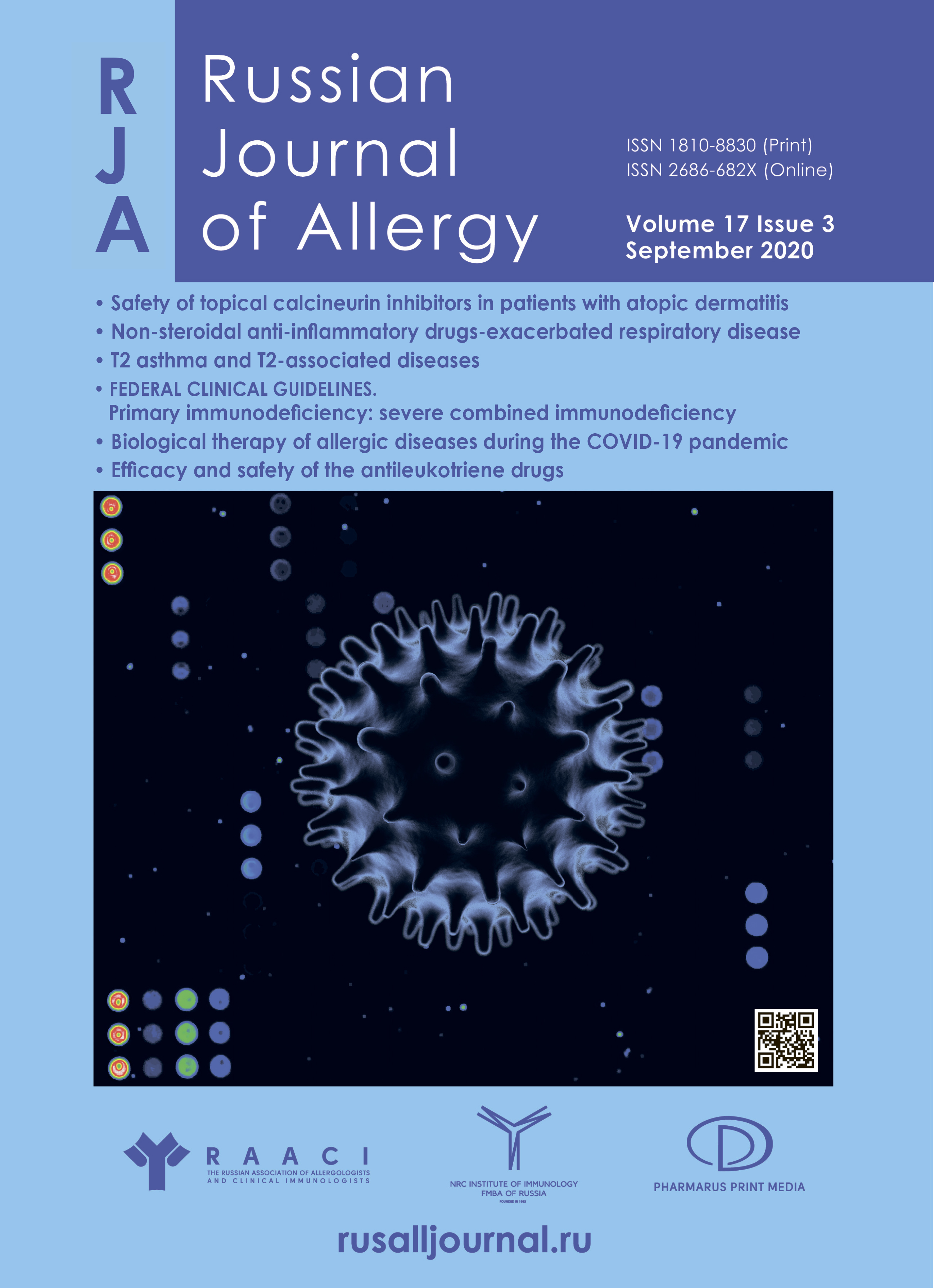 
Facilities of molecular genetic methods allow to distinguish several monogenic deficiencies in the general group of primary immunodeficiencies, including common variable immune deficiency (CVID), which have peculiarities of the natural course, therapy, and prognosis. One of these nosologies is LRBA deficiency. In this article a number of foreign sources were reviewed, systematized and classified to define a comprehensive understanding of the LRBA deficiency phenomenon . The most relevant scientific studies of North America and Europe and publications from various ranking medical journals were analyzed.

Special attention was given to the mutation of LRBA gene and the connection to the defects caused in T-­ and B­-lymphocytes, the clinical picture and diagnostics. It was suggested that LRBA protein reduces the level of autophagy, leading to increased apoptosis, impared T-­ and B-­cell immune response, lymphoproliferation and autoimmune disorders. LRBA protein is especially expressed in the immune cells, its deficiency leads to defects of B-­cells differentiation. However, LRBA deficiency does not affect T-regulatory cells differentiation. Main approaches to the treatment of patients with LRBA deficiency are presented in the article.

Methods of systemic and content analysis of Russian and foreign sources were used when writing the article.


medical resident of the Immunopathology and Intensive Care Department, NRC Institute of Immunology FMBA of Russia