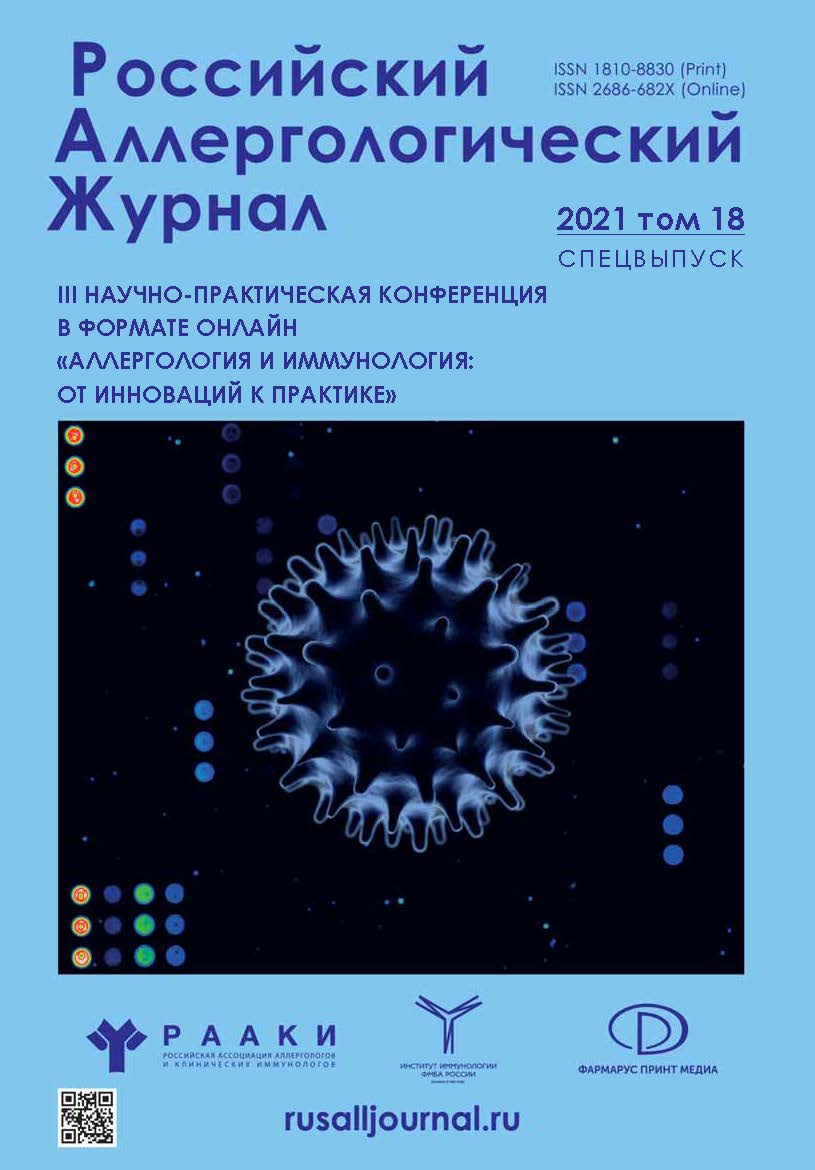 Home > Archives > Vol 16, No 3 (2019) > Passport of sensitization of schoolchildren as a tool for the prevention of asthma

Molecular allergy diagnosis allows to identify sensitization to a large range of respiratory allergens, which is important in the diagnosis of allergic asthma. Moreover, based on the reactive IgE profile detected at an early age, it is possible to predict the development of allergic respiratory diseases even at the preclinical stage. The goal of the pilot project was to create a children's passport sensitization using a multiplex panel to be able to identify groups at risk for the development of asthma in children of early school age. Materials and methods. Parents of 33 students studying in the second grade of the Tashkent gymnasium were questioned using the ISAAC questionnaire for the clinical manifestations of respiratory diseases in their children. Their children’s sera were tested for the presence of IgE to various allergenic molecules using the MeDALL research method. Results. 30% of children were sensitized to at least one allergen, and 30% of them were born by Caesarean section. and 30% of them were born by Caesarean section. In total, 68 of the 176 allergenic molecules located on the MeDALL microchip were recognized. 80% of sensitized children had a genuine polysensitization to 3 or more major allergens. In 18% of children, IgE to household molecules of the risk of developing asthma, such as Alt a 1, Bla g 1, Bla g 2, Can f 1, Fel d 1, were detected. Conclusions. In general, clinical manifestations in the form of wheezing and obstruction were detected in 60% of sensitized children, but only 40% of these children were under the supervision of an allergist or received symptomatic treatment. In 20% of already sensitized children, clinical symptoms were absent. Molecular testing of the profile of IgE sensitization and the creation of an allergic passport allows us to identify a group of children at risk for developing asthma. This information can be used to assign therapy and secondary prevention of asthma in the early school years.